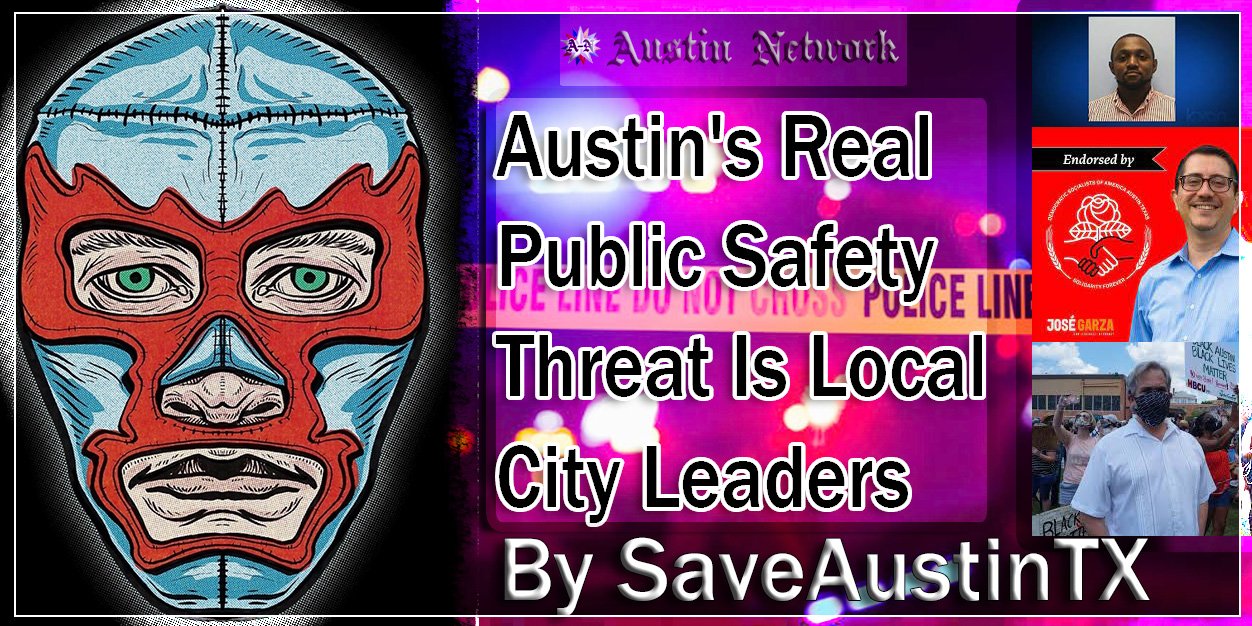 Austin’s recent downtown mass shooting in the early morning hours of Friday, June 12th has left many citizens wondering just how safe our city really is. As the event unfolded and scenes emerged from the unimaginable tragic mass shooting in our famed entertainment district, it sent shock waves far and wide and made national headlines. Austinites were in disbelief thinking how this could happen to our city. The answer is that our locally elected City Leaders created this environment copying the exact same failed progressive policies in big cities such as San Francisco, New York, Seattle, Los Angeles, and etc.

I for one am of the opinion that Public Safety should be the government’s top priority and that it should not be made a political issue. If it is one thing that all Austinites should agree upon, is that we should all demand a clean and safe community for all citizens above all else. However, the increases in crime, and more importantly, violent crime in our community, is becoming all too common. The total  homicides in 2020 were 48 and an increase of 33% over 2019. In the first half of 2021, we have recorded 42 homicides and are on pace to double the amount of all homicides in 2021 than in 2020. This is an alarming trend that has real victims and consequences to families and friends in our community. 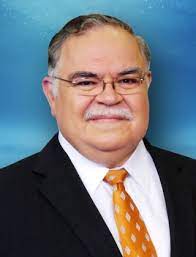 As the publicity of Austin’s soaring homicide rate increases, Mayor Steve Adler continues to down play our violent crime increases stating that Austin is still a very safe city amongst the country’s safest large cities. This is the leader of Austin dismissing and accepting increasing homicides as just a cost of doing business as a large city. This is not only embarrassing but insulting to homicides victims their families and our community as a whole. Austin local mainstream media outlets seem to be down playing the violent crime increases and not report on them altogether. On Thursday June 23rd, there were two deadly shootings in Austin that marked the 41st homicide of the year yet the main local news media outlet The Austin American Statesman failed to report on either one. Does this mean local news are accepting homicides as well or that homicides are becoming all too common and it is no longer newsworthy? Self-proclaimed “local icon” reporter Fred Cantu recently took a picture a picture of an empty sidewalk early afternoon on a weekday stating that he felt safe downtown in a now deleted tweet that mocked anyone whom did not feel safe or whom has been assaulted Downtown. Little did Fred Cantu know that his tweet would not age well and that Austin would experience the worst mass shooting in City history just a few days later.

Austinites are now wondering how we got to this point in such a short period of time where they no longer feel safe and see for themselves the crime and destruction across their City. It is visibly obvious that part of the reason was due City Council lifting the camping ban in 2019 that let the homeless camp out, trash and consume alcohol and drugs in our streets, parks, sidewalks and underpasses. I believe however that this is a direct result of electing progressive city officials to office whom are adopting failed policies from other progressive cities across the country. 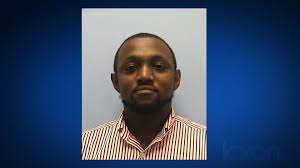 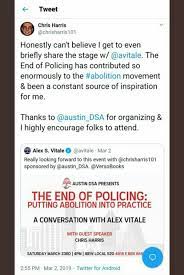 Austin has seen an increase in popularity of social justice and criminal reform activists over the past few years in the likes of Chris Harris, and Chas Moore. Their activism efforts have captured the ears of Austin City Council, Mayor Steve Adler, APD and the District Attorney’s office. Chris Harris whom served on Austin’s Office of Police Oversight and the Homes Not Handcuffs group was detrimental in Austin City Council lifting the camping ban in 2019 and has called for the “End of Policing”. Chas Moore, a convicted felon with no law enforcement experience, fought the Austin Police Association Union contract and led reform efforts such as creating the APD use of force policy, which was a nationwide, end-of-policing activists’ push that mirrored former President Obama’s 21st Century Principles of Policing and Use of Force. 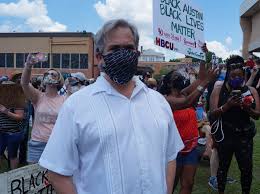 The summer of 2020 accelerated the popularity of the Social Justice and Criminal Reform movement in the wake of George Floyd’s death. That summer during local protests in Austin, protesters blocked roads, set fires, destroyed property and looted businesses downtown. Mayor Steve Adler and District four council member Greg Casar joined the protests ignoring Austin’s own large gathering ban during COVID restrictions. APD then became a target following these protests over incidents during their attempt at crowd control and stopping criminal behavior. Shortly after Minneapolis called for their Police Department to be defunded Austin adopted its own call for defunding APD. On August 13, 2020 Austin City Council voted to Defund the APD by $150 Million and cancel future cadet classes. This left 150 vacant sworn officer positions. 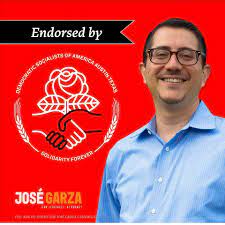 In the November 2020 election, Austin elected Democratic Socialist memeber Jose Garza as the Travis County District Attorney whom is now responsible for prosecuting crime in Travis County. Jose Garza whom has no previous prosecutorial or law enforcement experience ran on a campaign of ending low level drug possession prosecutions and holding APD accountable. Like many current progressive City DA’s, the major financial contributor to the Jose for DA campaign was a PAC which many say is funded by George Soros. Garza’s campaign also vowed to bring charges against APD officers involved in the shooting death of Mike Ramos in April of 2020 which appealed to many social justice activists. 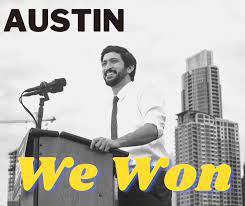 Newly elected DA Jose Garza made good of his campaign promises and has brought charges against APD officer involved in the shooting of Mike Ramos. Garza’s jail policy continues to let prisoners out of jail he deems not a threat to public safety. The Travis County jail population was around 1,800 before Garza took office and is hovering below 1,500 currently .The ongoing investigation in the mass shooting downtown is more evidence that Garza is soft on crime. The DA’s office has announced that the first two suspects arrested in connection with the shooting whom are 15 and 17 years old although involved, are not prosecuting them and are only focusing on one new suspect they believe is responsible. Year to date, Garza’s DA office has also dismissed 5,395 criminal cases which when dismissed do not get counted in crime totals. Garza is growing the criminal element on our streets and creating an environment where crime is tolerable and goes unpunished.

Austin’s public safety is suffering the consequences from failed progressive polices from elected City leaders and an elected DA whom is soft on crime. What will it take or just how many people have to be victims of violent crime for our City leader to admit their mistakes and take meaningful action to address public safety and quality of life for citizens? I call on all law abiding, hardworking, productive Austinites to stand and speak up to demand a safe and clean community we live in.

#ATXCouncil– Why would your Public Safety Consultant, Convicted Felon, and DSA Police Abolitionists be consulting with #AustinPolice oversight director? @MayorAdler , help us understand @GregCasar? This was LONG before anyone knew about #DefundingPolice@GregAbbott_TX #txlege pic.twitter.com/8PXnRkOQAk

:-). It says this tweet is from Austin City Hall!?

From the city public information office: all the people who will participate in the "reimagining public safety" task force, and the city staff that will coordinate their work. The first meeting with some of the task force members was held earlier this week. pic.twitter.com/CcOLvV1L5E

Pretty sure Mayor Adler has Austin elevated to a whole different level.
He attended the C40 Cities Summit as well as Bloomberg Philanthropies. pic.twitter.com/hWoh1Dt6Tr

Hey @MayorAdler @GovAbbott You think this might be the reason for all the increases? Citizens were doing just fine going to the stores – numbers were still declining. They spikes after this pic.twitter.com/Op9RwXWBZD

Someone vandalized the statue of Stevie Ray Vaughn in Austin. What’s the point of this? pic.twitter.com/1y6imuvzB2

Will this be enforced like the MANDATORY POLICY & MAKING IT CLEAR 2 the THOUSANDS UPON THOUSANDS of recruited, foreign PROTESTERS on our streets and highways wearing masks and social distancing to protect #Austin from #COVID19? #COVID #COVIDIDIOTS #hypocrisy #txlege #atxcouncil pic.twitter.com/Dqy7pxz0WM

As a "community" that you abandoned & left APD to fend for us, as public servants to receive the riots, unfettered #DestructionViolenceLooting while you discussed plans to de-fund APD & reduce their "power" with activists??? The only "power" that needs to be reduced is yours! pic.twitter.com/frQdDmfYhk

We #DEMAND that u EMPTY ur CAMPAIGN FUND ACCOUNT 2 offset the COSTS of the #graffiti & #vandals from your COMRADES! #damage #DestructionViolenceLooting #BlackLivesMatter are #DomesticTerrorsists #socialist #hate-filled #radicals #destroyed #Austin! #txlege @chiproytx @DanPatrick pic.twitter.com/NL2DelCCkj 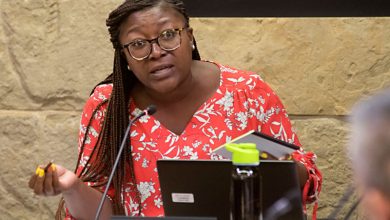 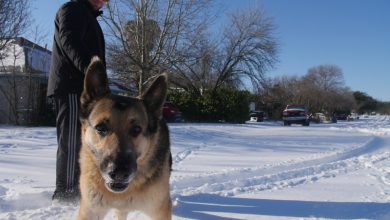 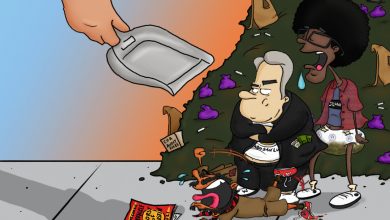 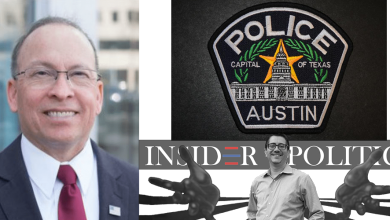